Exploring Historical Barge and Flying with Chimeras at 120 m depth

Our brand new Blueye Pioneer was finally ready to face the ocean. Along with experienced divers, the drone was exploring a railway construction barge used when building Thamshavnbanen in the early 1900s. Later it was time to test the drone's depth capabilities and endurance. While at the bottom, we got treated with an encounter with a fascinating creature.

The wreck is located about 40 meters from land, and the location is easily accessible by car. It is covering the depth from 25 to 44 meters. Not much is known about the barge wreck in Børsa, but we do know that it has been used for building the "Thamsen Banen" in 1908 at Løkken mining cave. This is the first electrical railway in Norway, and it was used to transport ore from the mine to the harbour. Later the barge was probably also used by the Germans to build the submarine fortress at Dora during World War II.

The Most iconic part of the wreck is the steering wheel at the aft of the barge. It is about 1 meter tall and looks like a classic pirate ship. The wooden deck has rotted, so now only the steel structure is left. However, the wreck is in good condition and is one of the most famous diving sites in the Trondjemsfjord.

After the wreck was fully explored we continued down into the dark unknown. At about 80 meters depth, a rugose squat lobster was resting on the rocks. The powerful light of the underwater drone was attracting lots of small creatures like shrimps and krill, and the lobster used the opportunity to grab a meal.

As we continued down it felt like travelling through space because of all the backscatter from the particles in the water.

At 100 meters we hit the bottom. It was like landing on a different planet.

The muddy bottom created a grey, moonlike, landscape. Out of nowhere a Velvet belly lanternshark (Etmopterus spinax) entered our camera. Wth its quick motions it was hard to follow, but right after a gorgeous Rat fish (Chimaera monstrosa), entered the scene.

Slowly waving its wings like a big dragon, flying through the water. With blueye pioneer's high manoeuvrability, we were able to follow and film the creature at its own phase. This epic moment can be seen in the video below. 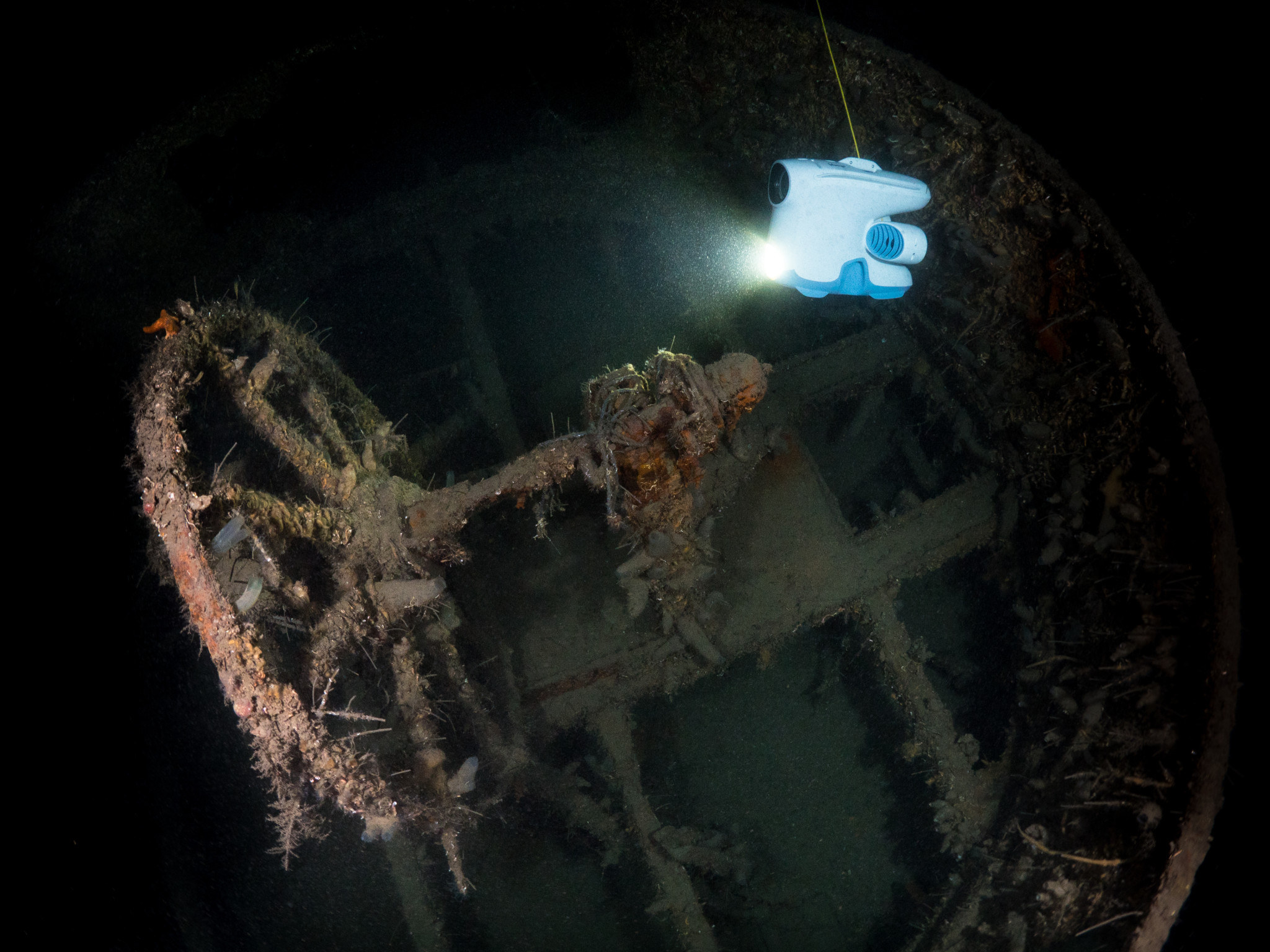